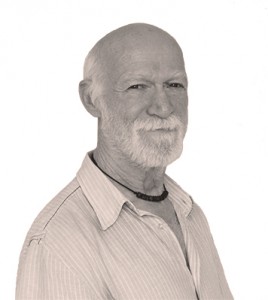 What is the strangest or most challenging job you’ve ever done?

I had a summer holiday job when I was at university working on the ‘new’ M5 motorway construction at Cullompton (it was about 1970!).

One of my tasks was to fill in the minute cracks in the concrete parapet on one of the bridges using water and a stone. I soon found out that I could get a much smoother finish (and enhanced job satisfaction!) by rubbing the water in with my fingers. After several hours of this, my fingerprints had all but disappeared and my fingertips were so sensitive I could have cracked any safe on the planet!

I promised myself not to do that again!

What would be your dream job?

Combining electronics and music on a full time basis.

If you had your time again, would you have followed the same career path?

Yes, I probably would. Electronics is both my career and hobby.

What are your passions outside of the workplace?

I’ve played in bands since I was at school and enjoyed every minute (not so much the travelling and packing up at the end of the gig though!).

However, note to younger self – practice more and GET SOME EAR PLUGS! I said GET SOME… oh, never mind….

I’ve have a close association with Manson Guitars, one of the best independent guitar makers in the UK if not the planet. This has led to me working closely with Matt Bellamy from Muse to bring his wacky ideas for new guitar effects to life (he uses Manson guitars exclusively). The most notable one being designing the X-Y MIDI controller touch screen fitted to his guitars. This always draws a great response from the audience, as does the guitar with laser beams firing off in all directions – most satisfying!

Another passion is, or rather was, motorcycling. Having ridden on and off (‘off’, quite literally a few times!) since I was 16, I’ve decided that having dodged the Grim Reaper more times than anyone could reasonably hope to, I’ve had a ‘sensible’ attack and decided to retire…. what am I saying!? Those Honda ‘Grom’ 125s look great fun!

My other passion is church bell ringing – oh, mustn’t forget my lovely wife Kim, my family, children and grandchildren – bless ‘em all.

If you could invite four people to a dinner party, living or dead, who would they be and why?

George Harrison my favourite Beatle. Anyone who dabbled in guitar playing in the 60’s wanted to be ‘George’.

Dan Denny the designer of the Vox AC30 guitar amplifier (The Beatles, Brian May, The Edge etc. etc. the list goes on and on). Arguably the most influential amplifier ever, pre-dating Marshalls by several years.

Jackson Browne, an amazing songwriter and that voice! I saw him play support in a pokey club in Plymouth in the early 70s, it was probably his first visit to the UK. There were only about fifteen people there and thirteen of them didn’t know who he was and didn’t seem that interested – their loss!

The Edge from U2. We could talk for hours about guitar effects and I could ask him why he always wears a hat – bald is beautiful, embrace it mate!

If they made a movie about your life, who would play you?

What was the last album you bought?

Can’t really remember, it was probably something really obscure from the ‘bargain bin’. I hate to admit it but I’m a You Tube freak. The lack of top end in the audio doesn’t worry me as I can’t hear it anyway (see above passion).

Describe yourself in five words?

Tea or coffee? Both, depends on the time of day

Cat or dog? No preference. I love animals, that’s why I don’t eat them but I wouldn’t like one as a pet

Football or rugby? Rugby of course

Nightclub or restaurant? Restaurant – have you seen me dance?